The extended Pittsburgh region has an active digital humanities community, centered primarily around Carnegie Mellon University and the University of Pittsburgh, but reaching to various museums, libraries, and other institutions around Western Pennsylvania. The community has hosted many DH events, including ACH2019, NA+DAH 2019, THATCamp Pittsburgh 2018, Make Your Edition 2017, KeystoneDH 2016, THATCamp Pittsburgh 2013, and various iterations of the Digital Mitford Coding School. Pittsburgh was in fact home to a workshop funded by the first-ever digital humanities grand awarded by the NEH, the 1967 EDUCOM Symposium on the Computer and Humanistic Studies. 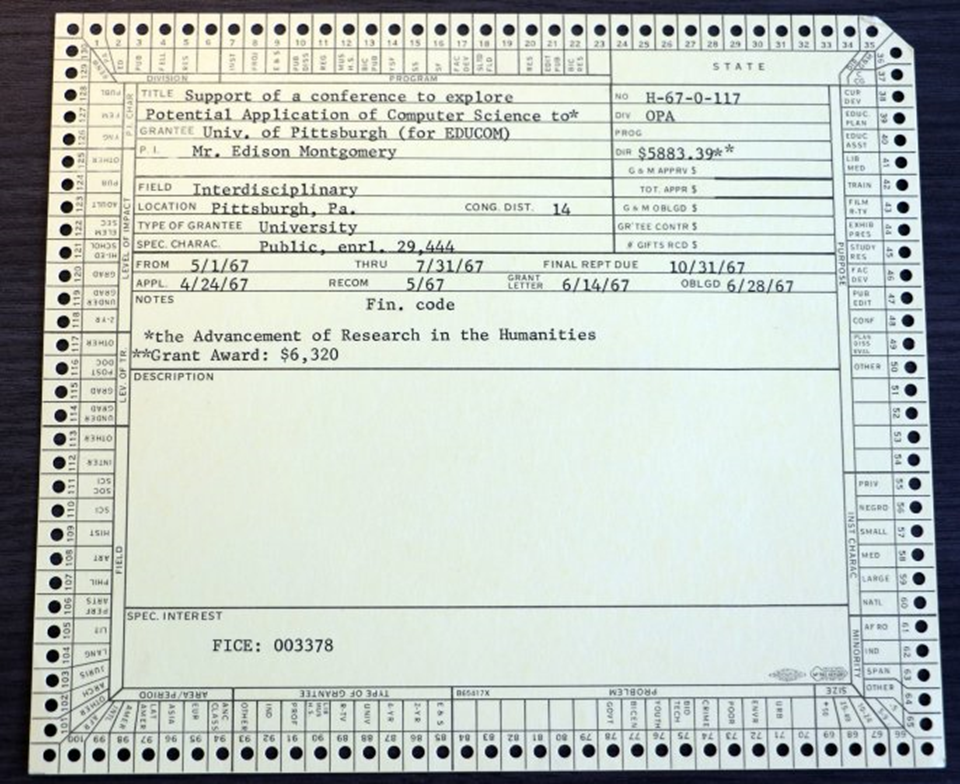 This section includes summaries of DH efforts at the various Communities and Programs to further your education, and People and Projects with whom you might want to familiarize yourself in the greater Pittsburgh area. Find out how to learn more in Getting Involved